Welcome to the world of sound of LYRA-8, the unique organismic synthesizer designed by Vlad Kreimer. 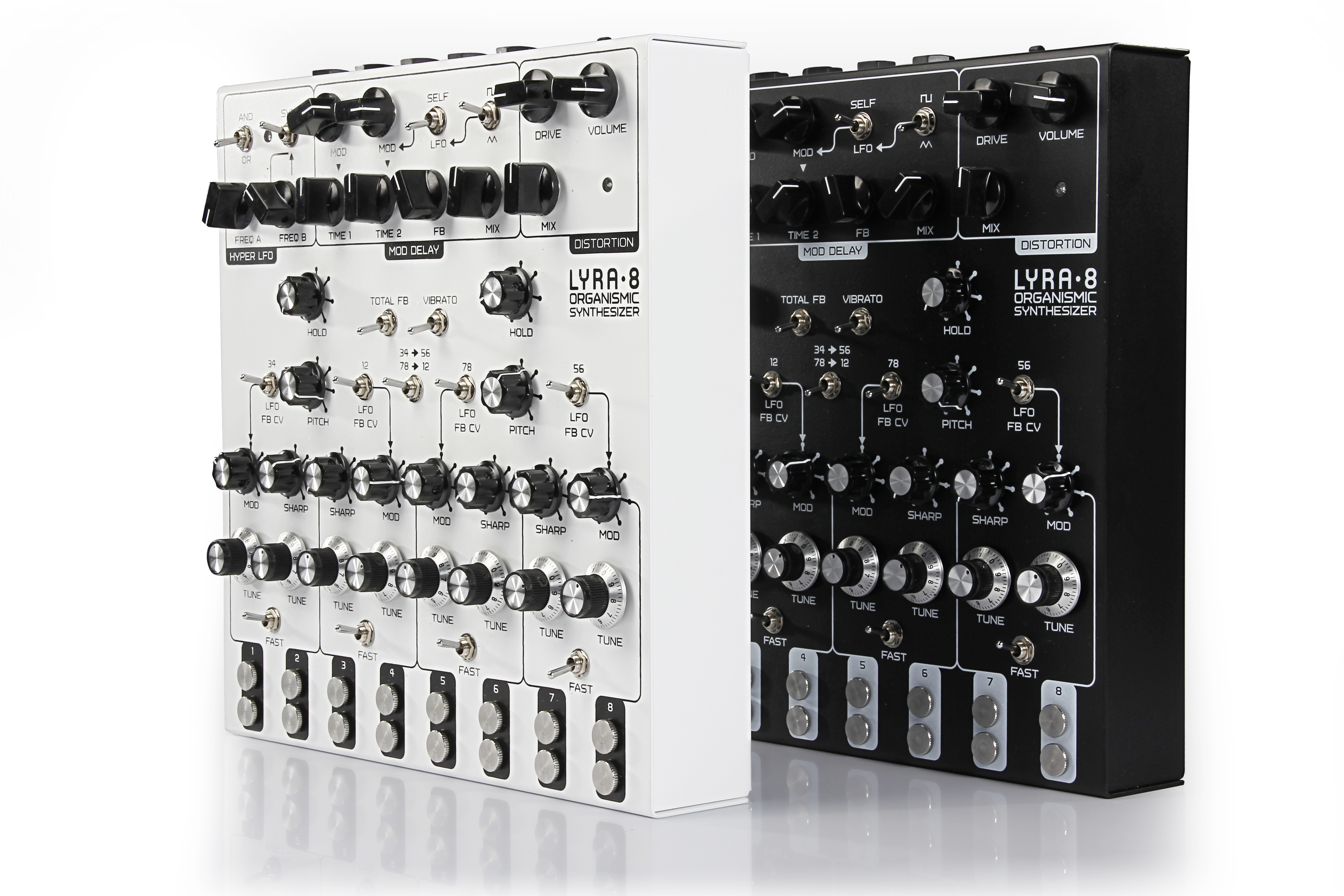 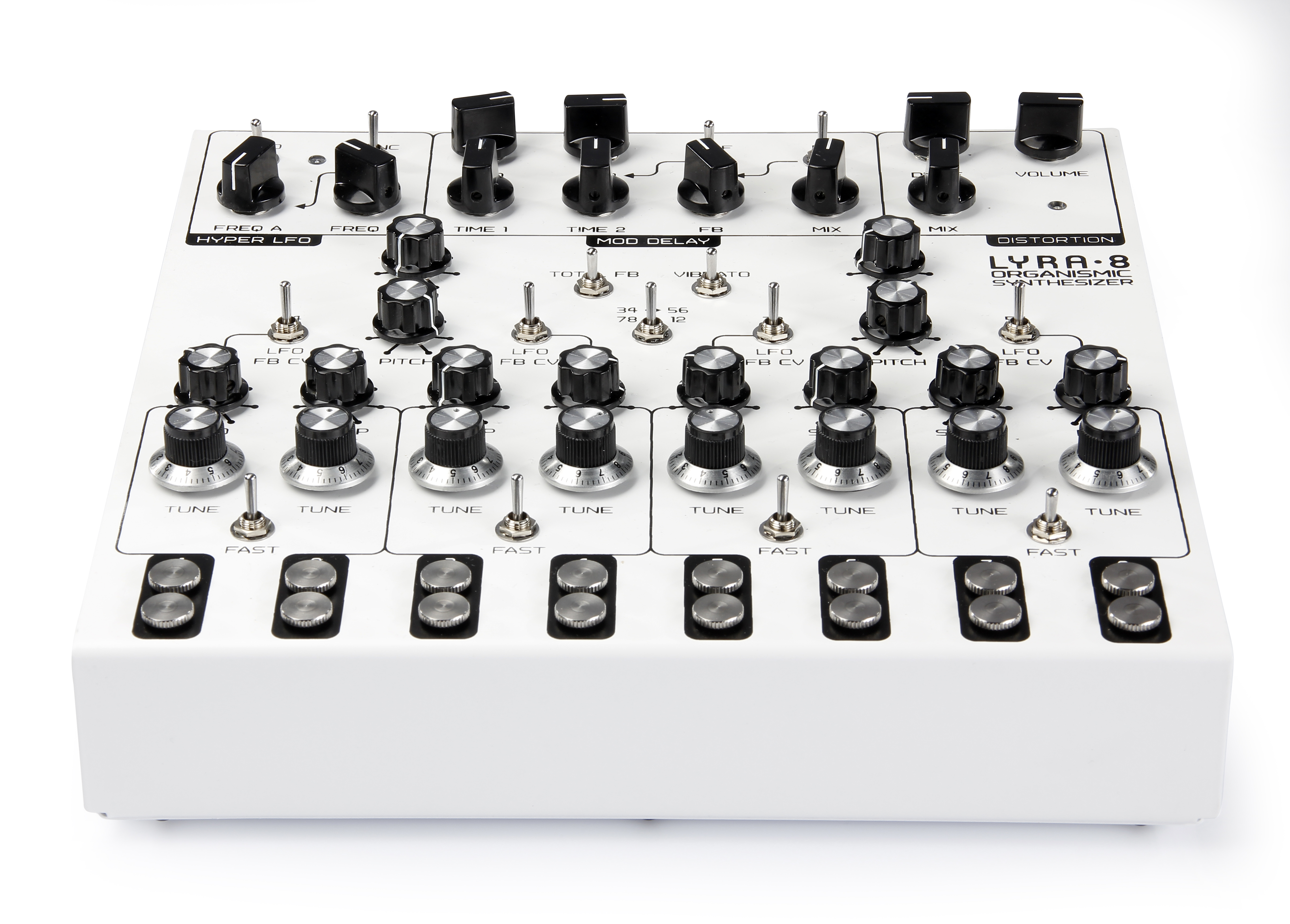 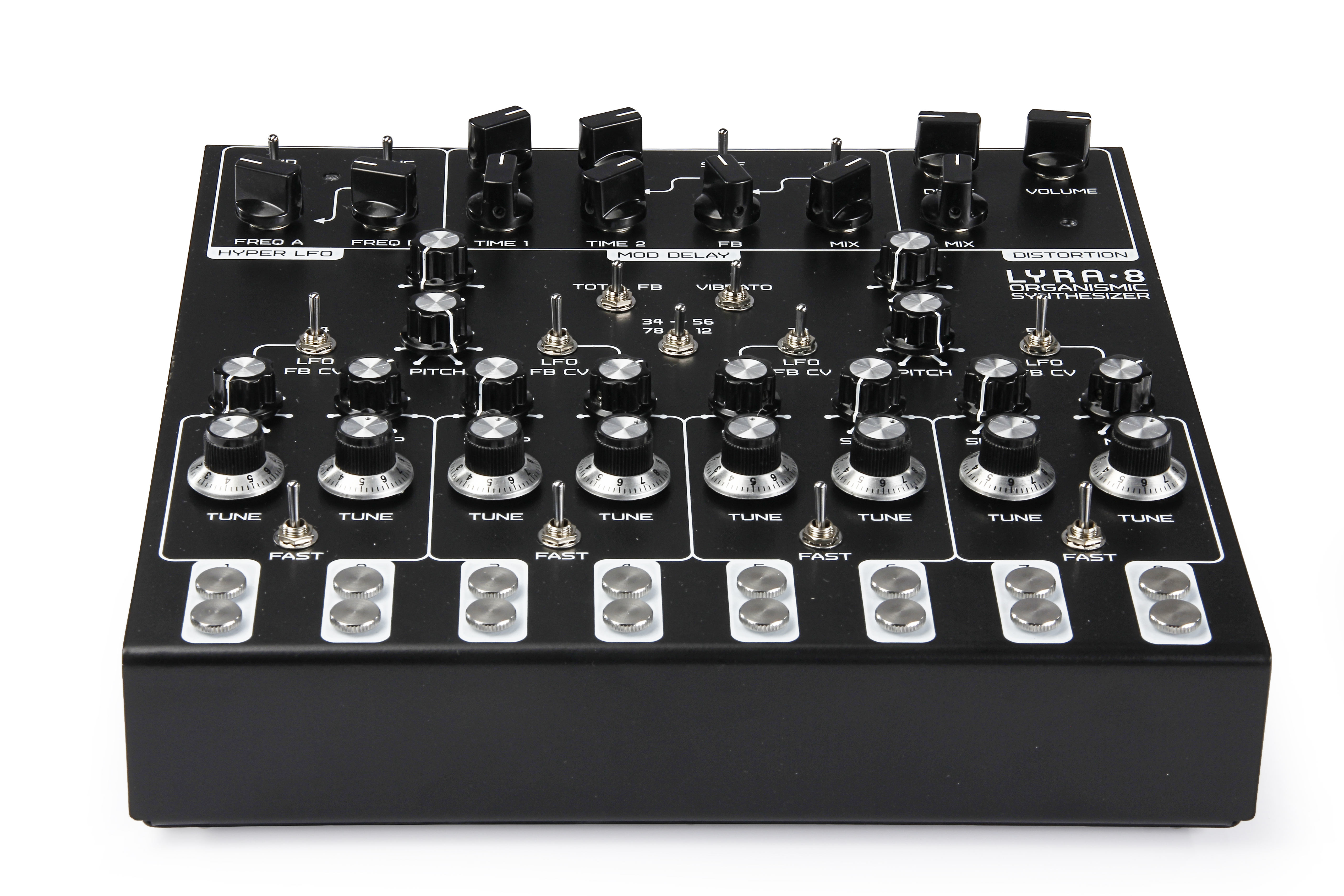 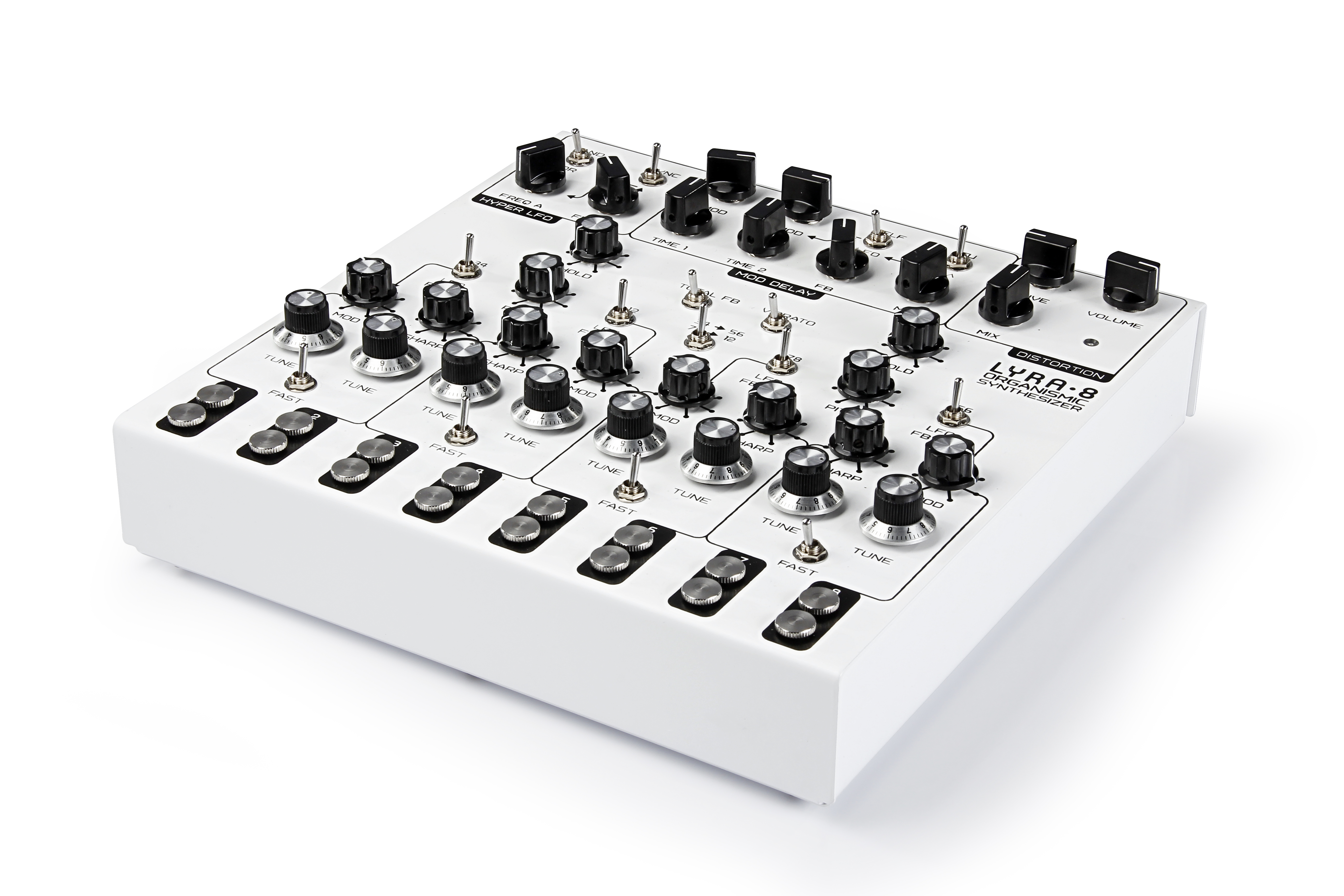 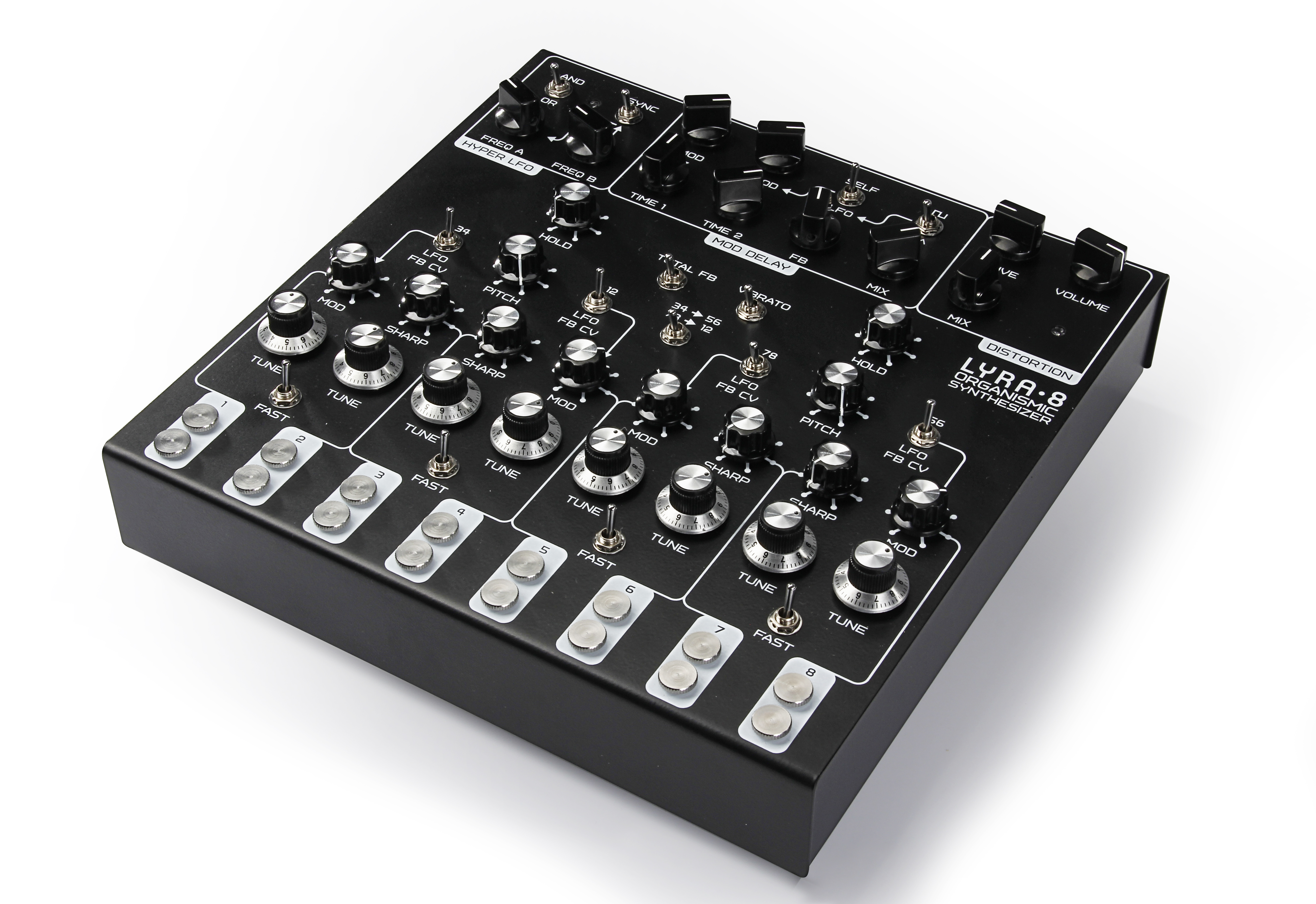 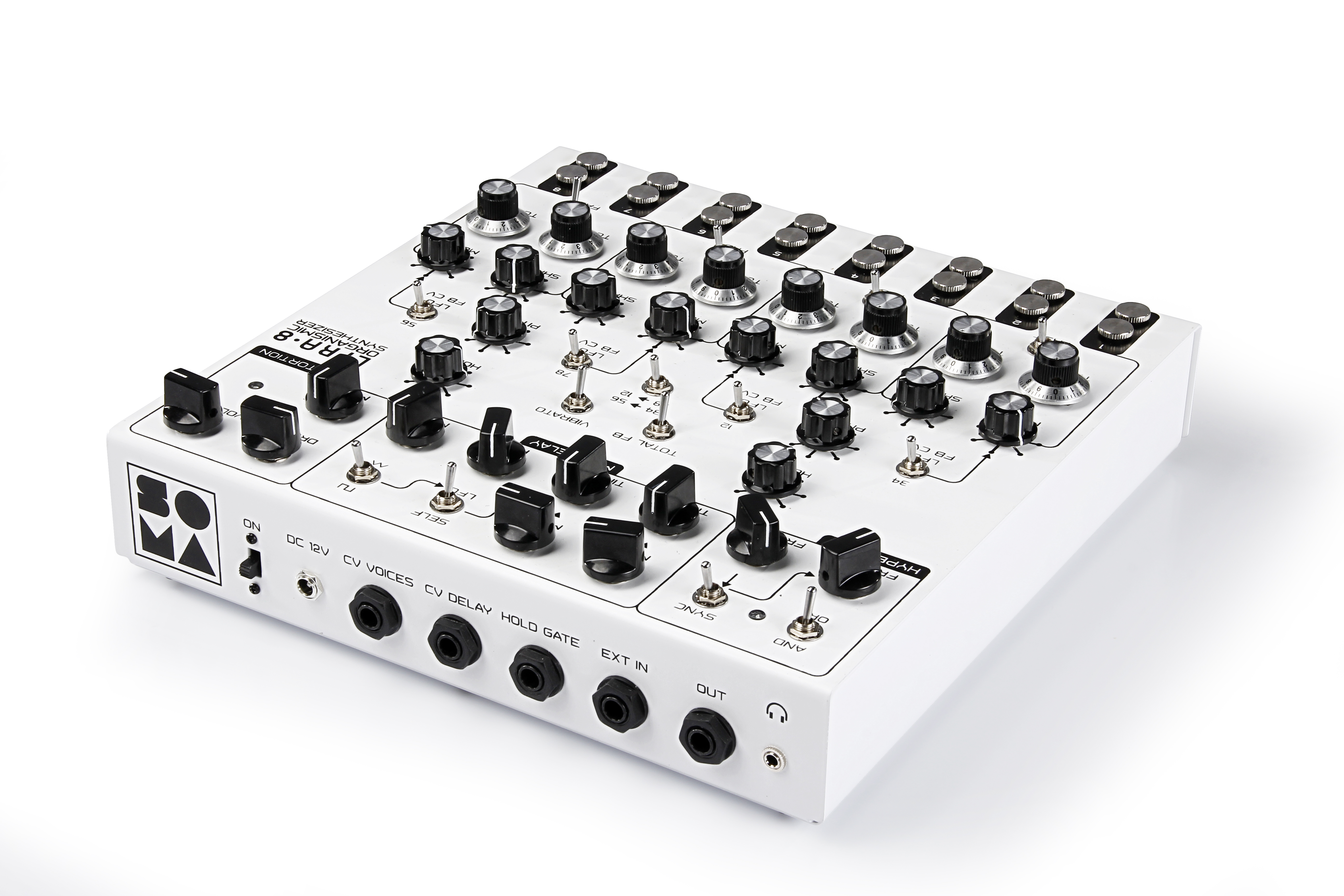 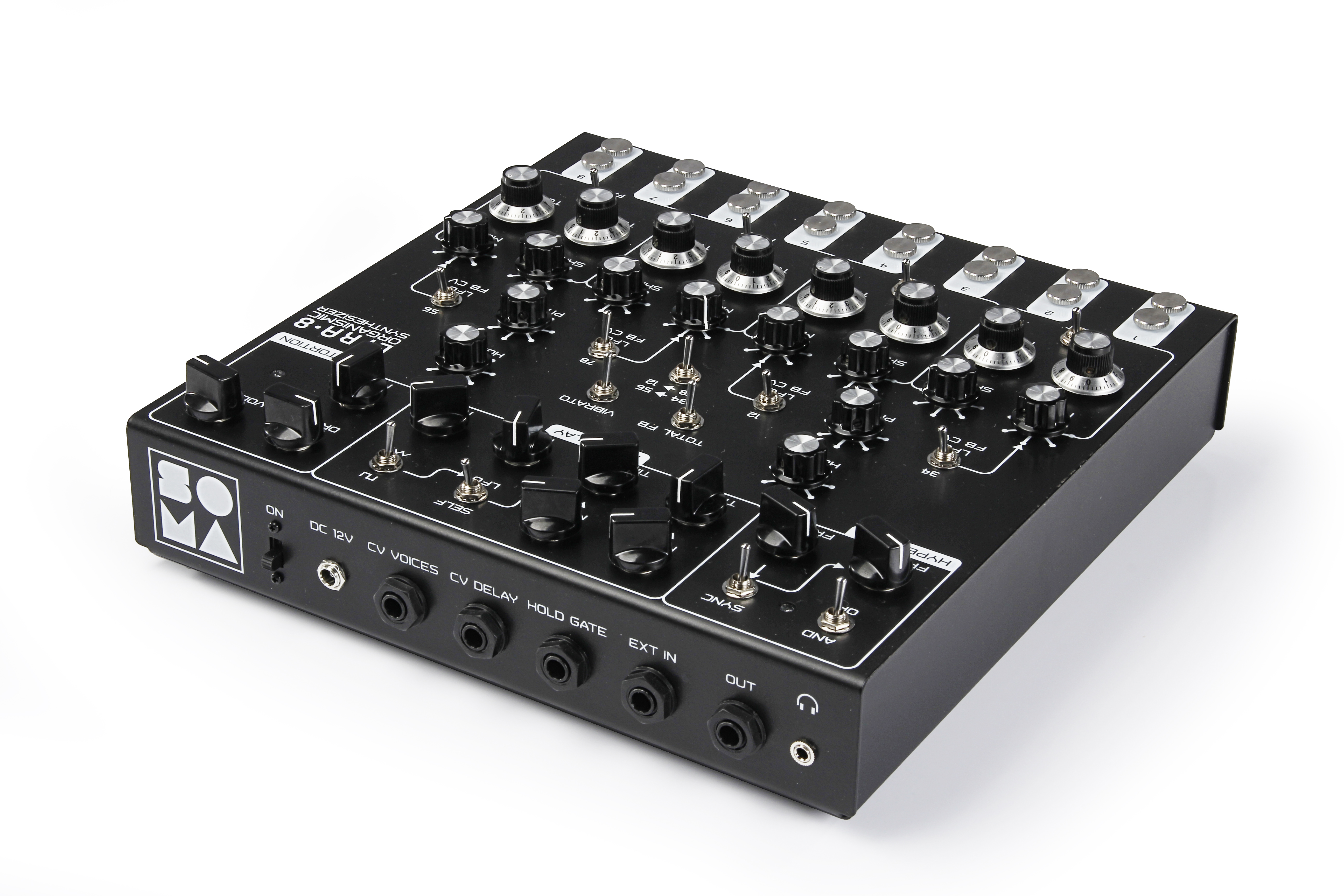 LYRA-8 is based on eight generators, which will be referred to as voices. Their design is not like a traditional subtractive synthesis VCO. Instead of having a linear or logarithmic dependency on control voltage, they resemble the tone generators in old electric organs. Hence the use of the term “voices” instead of “VCOs”. Lyra uses non-linearity a lot, and the voices are constructed in such a way that allows for non-linearity to express itself.

The voices are divided into four pairs (12, 34, 56, 78). All the pairs are divided in two groups, with two pairs in each (1234, 5678). Each voice has its own TUNE knob. FAST, MOD, modulation source selector and SHARP affect two voices simultaneously. HOLD and PITCH control the whole group of two pairs/four voices. VIBRATO, TOTAL FB and the FM structure switch control all eight voices together.

The voices can function either in an eight-voice electric organ mode, or in an FM synthesis mode with each of the voices and its envelope acting as a separate FM operator. The voice’s impact on FM synthesis will decrease along with the decay of its envelope.

There’s a CV IN (on the rear panel) to modulate the selected voice groups with an external signal.

The HYPER LFO is a complex low-frequency generator, whose waveform is synthesized from two simple LFOs by summation or multiplication of their frequencies. It also has an FM synthesis mode. The LFO can modulate the selected pairs of voices and the MOD DELAY.

The MOD DELAY consists of two lines of delay with cross-feedback and a special architecture that enables resonance between the two lines. Each line’s delay time can be individually modulated from various sources, including external ones.

The DISTORTION is last in the chain, after the delay. It enables the delay to also influence the distortion.

For all its experimental character, LYRA is a professional instrument. Its output dynamics are balanced, so that even in extreme modes it won’t harm an amp or speaker on-stage. The frequency response has been adjusted for live performance, where you naturally have that screaming high-midrange and not enough low-end. To compensate for this, low frequencies have been boosted a little, while the highs sound softer. Unless you push the limits and use extreme modes of course…